The scope of this document is to provide a design proposal to add a rollback protection mechanism in the secure storage service in the context of Trusted Firmware for M-class devices (TF-M).

In the context of secure storage, a rollback attack is when a malicious actor replaces the current secure storage data with an older valid version of it and that implies a security break of the system. This attack can bring back old keys/credentials which were replaced, invalidated or removed in/from the system; and/or it can remove keys/credentials generated and stored in the SST area. Due to this security break, the system can lose access to certain local or remote resources (i.e. server access, etc.), encrypt new data using a key which was compromised, etc.

For example, this attack can take place when the secure storage data is stored in an external memory (off-chip flash memory, SD card, etc). That external memory can be physically accessed which allows the attacker to read and write in that device.

The Trusted Base System Architecture (TBSA-M) defines non-volatile (NV) counters or version counters as a counter with the following properties [1]:

A compliant TBSA-M [1] system must implement a core set of Trusted non-volatile counters, which are required for version control of firmware and Trusted data held in external storage. In order to prevent replay attacks, it is important that these counters cannot be rolled back.

Ideally, a SoC implements NV counters using on-chip multiple time programmable (MTP) storage, for example embedded flash technology. One-time programmable (OTP) storage, based on anti-fuse technology, is widely available and cost effective. A non-volatile counter, based on OTP, can be implemented by mapping each possible value that is greater than one onto a separate fuse bit. Each counter increment is achieved by programming a further bit. Because one bit is required for each value, this approach has the downside of being very costly for large counters, for example a 10-bit counter requires 1024 bits of storage. For this reason, practical limitations must be imposed on the maximum count values for fuse-based implementations.

A suitable implementation might employ one counter per software instance, or group together a list of version numbers inside a database file, which is itself versioned using a single counter.

Reads the given non-volatile (NV) counter.

Increments the given non-volatile (NV) counter.

The system integrators may implement this interfaces based on the target capabilities and set the SST_ROLLBACK_PROTECTION flag to compile in the rollback protection code. 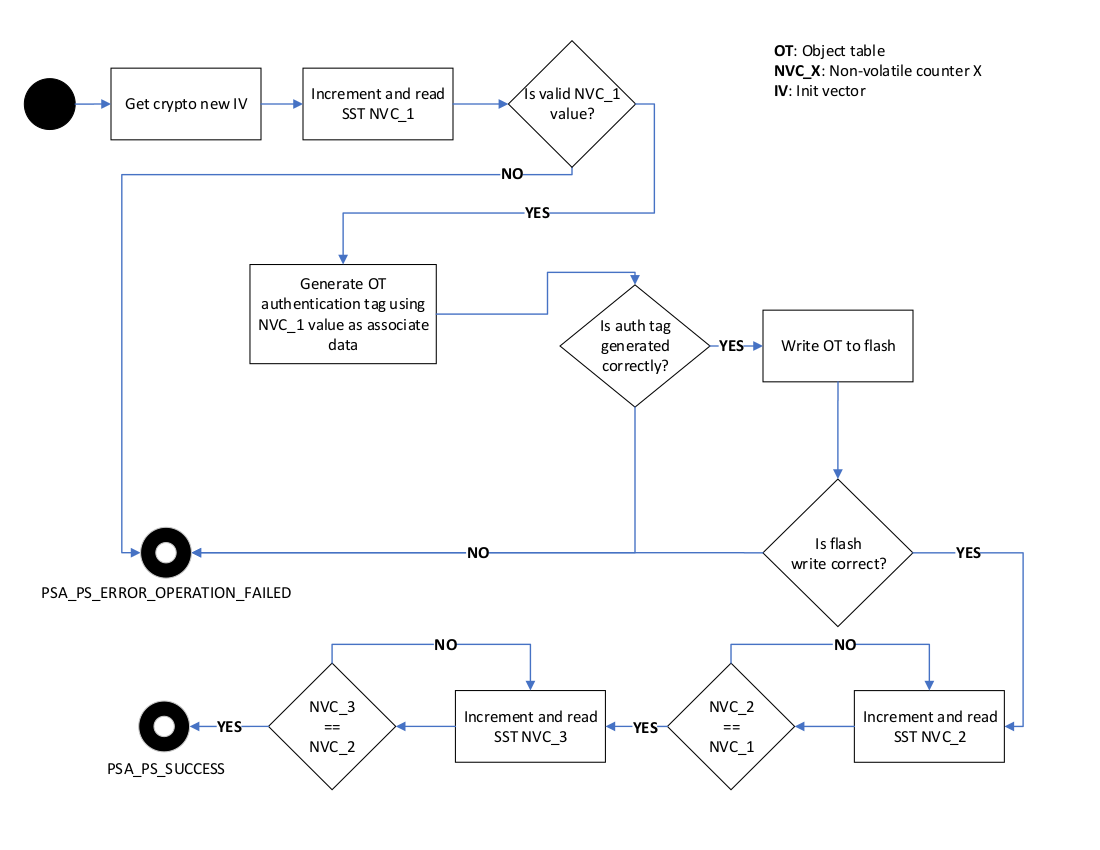 Where X, N and M are different counter values.

The figure 2 shows the SST service initialization flow described before, and extended in case there are 2 object tables in the SST flash area. 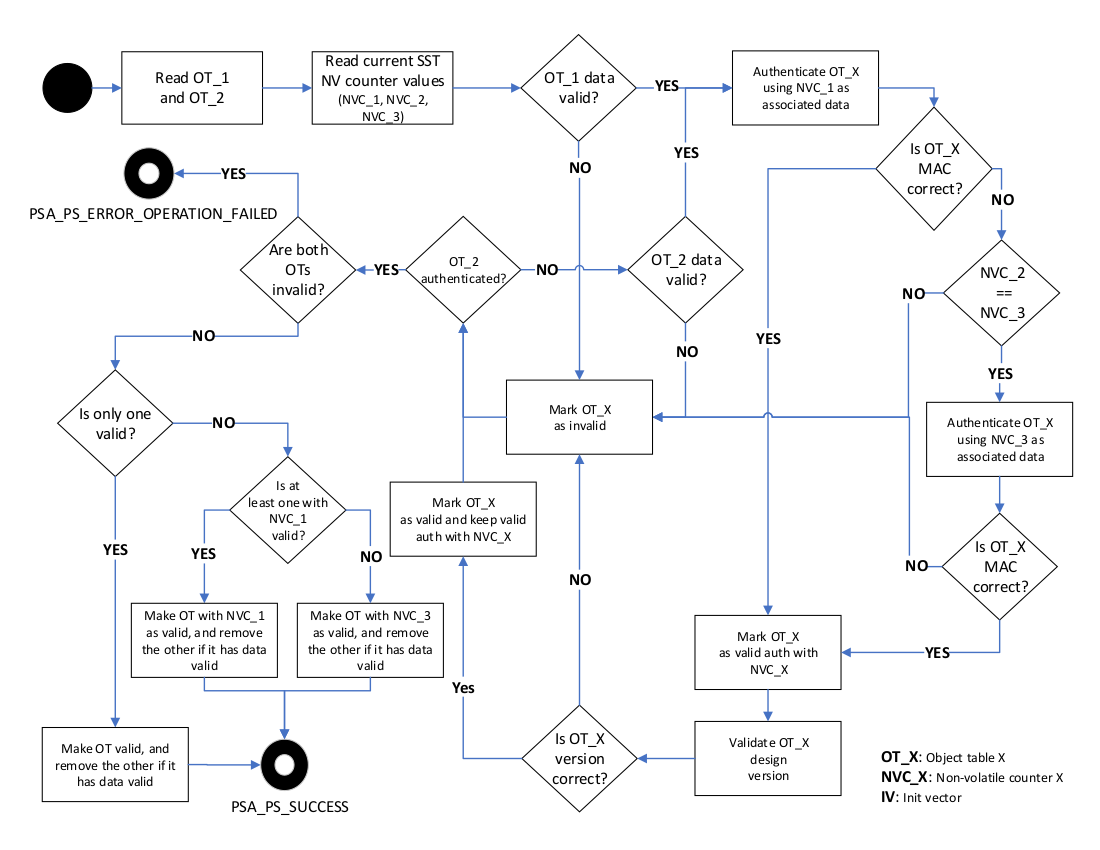